It’s no secret that React has been instrumental in a number of software development initiatives, including several of our own. But it’s been a few years since React established itself as one of the greatest JavaScript libraries on the market, and I believe it’s time to review React and better understand why it’s so popular.

Jordan Walke at Facebook created React, also known as ReactJS or React.js, which was first utilized to construct the Facebook feed in 2011. Later, in 2012, it was utilized to create Instagram. React was first open-sourced in 2013, and it is now maintained by the React open source community with Facebook’s support via reactjs.org.

With the need for React development services and React professionals on the rise, I can see how many organizations would be interested in discovering if React is the right fit for them. And, given the wide range of applications for which React may be used, it might be a valuable resource for entrepreneurs and business executives.

Why should you use React?

Here are 5 reasons to know why react is so popular-

It Is Easy to Understand and Use

This characteristic appears to be a common denominator across the most widely adopted technologies. React was straightforward to learn and execute since it was simple to read and use, allowing businesses to get up and running quickly and construct what they needed.

Furthermore, React’s simplicity of use has aided many developers in adopting the technology and incorporating it into their toolbox. As a result, there is now a wider skill pool of React developers than ever before, and any firm may hire top software engineers, especially through tailored-fit solutions like Staff Augmentation.

It’s Made to Be Simple to Keep Up With.

Because of its excellent reusable components, React code is easy to maintain. These are code components that developers may reuse in numerous apps and projects. Small components, such as customized buttons or styled dropdown menus, can subsequently be included in larger conglomerates known as wrapper components.

Because the library performs almost everything, React developers opt to specialize in this technology. You may create interactive and dynamic apps using React without jeopardizing the infrastructure’s stability. This is true for all platforms, including web, Android, iOS, and IoT.

One of the most well-known aspects of React is its ability to take advantage of SEO benefits (SEO). Businesses may significantly improve website load times and start ranking higher in search engines by adopting react.

React allows you to reuse client-side and server-side code in the same application.

As a result, every website that uses React gains an immediate performance advantage, making it more appealing to both users and crawlers.

It’s Simple to Put to the Test

The ease with which React-based apps can be tested is one of the factors that makes React so appealing. Views in React may be thought of as functions of a given state. As a consequence, React developers and testing engineers may collaborate closely to alter any states that are transferred across React View.

In other words, the development team can easily control the code’s output, including all of its functions, actions, and events. They may then quickly determine whether the app is performing as intended and, if not, what needs to be done.

Mobile Development Has Been Transformed by React Native

Developing cross-platform mobile apps was a pain guarantee a decade ago. Businesses realized that if they wanted their apps to run on various platforms, they’d have to invest a lot of time, money, and resources into rewriting everything in a different programming language. All of that changed with the introduction of React Native.

React Native allows developers to create sophisticated and high-quality mobile applications in a single codebase that interacts directly with a mobile device’s native operating system. React Native is widely used to create cost-effective mobile apps that operate seamlessly on both Android and iOS, and that, unlike most apps prior to this technology, share a single codebase. 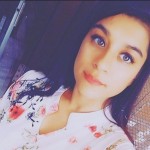 Hi! I am Pragya Arora, Sales and Marketing Specialist at Offshore IT Staffing.

Marketing being my area of interest, I like to connect and engage with people.

Being a tech enthusiast, I am always keen to know more about the new technology trends in the market.

I am also a passionate blogger and have good artistic skills. I love to read novels and create beautiful artworks.